The following history of Mt. Pisgah Lutheran Church is based largely on the extensive and lovingly compiled work of Robert Cheadle, who the Lord called to rest from his labors in early 2018.

Looking for a Home 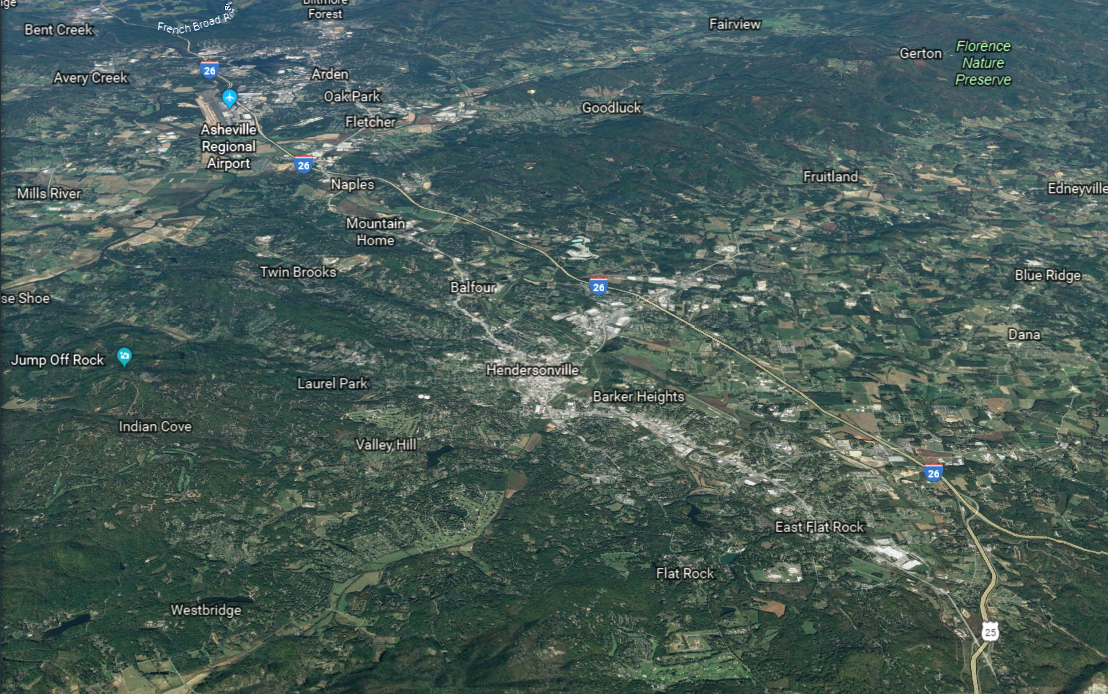 Born in Germany in 1901, Walter, a master woodworker, immigrated to America in 1945, following WWII.  He made his home in Milwaukee, Wisconsin, where he designed and built window displays for Gimbel’s Store.  During this time, he met and married Norma Laura Pipkorn the daughter of a Lutheran schoolteacher from Freistadt, Wisconsin.

Migrating south, Walter and Norma built and operated the Southernaire Motel on Highway 64, east of Hendersonville.  But with no local congregation of the Lutheran Church—Missouri Synod (LCMS), the Klabundes travelled north to Asheville and worshiped with First Lutheran Church, which would later be renamed Emmanuel Lutheran Church in 1958.  Reaching out to fellow displaced and unchurched Lutherans in the Hendersonville area, they soon had as significant quantity of travelling partners for the long Sunday drive to Asheville.  These faithful Christians would also become the founding members of an LCMS congregation closer to home in Hendersonville.

Every Sunday the Lutherans on their discouraging and difficult twenty-some-mile pre-interstate trek to First Lutheran would drive past the beautiful, but unfinished, St. Mary’s Chapel.  Reverend John Seagle, a retired Episcopalian priest, and his family began this labor of love, but the interruption of WWII and Reverend Seagle’s death prevented its completion.  Despite the family’s efforts, St. Mary’s Chapel sat empty and incomplete.

On October 13, 1955, Norma Klabunde petitioned the Seagle family to allow this road-weary band of Lutherans to utilize St. Mary’s as their spiritual home.  The family agreed, and with the help of Reverend Ed Rakow, the Secretary of Missions for the Southeastern District of the Lutheran Church—Missouri Synod, a vicar from Concordia Seminary, who was serving to the east in Rutherfordton, was given the task of helping plant a church in Hendersonville.

A Church is Planted

St. Mary’s Chapel had no heat, water, lights or pews, but to the Lutherans it was a beautiful gift from God.  Plans were made to complete the chapel, but the years of sitting vacant and unfinished resulted in extensive water damage and made it completely inadequate for the Lutherans’ future needs.  Pastor Rakow suggested using a temporary centrally located meeting place, but also working toward finding and establishing a permanent location.

At a follow-up meeting at the Klabunde residence, the 18 charter members looked out the window at Mt. Pisgah and chose the name Mt. Pisgah Lutheran for their new church.  The first officers were as follows:

The Ladies’ Guild was also established on the same day with Norma Klabunde selected as President and Anne Cheadle as Treasurer. 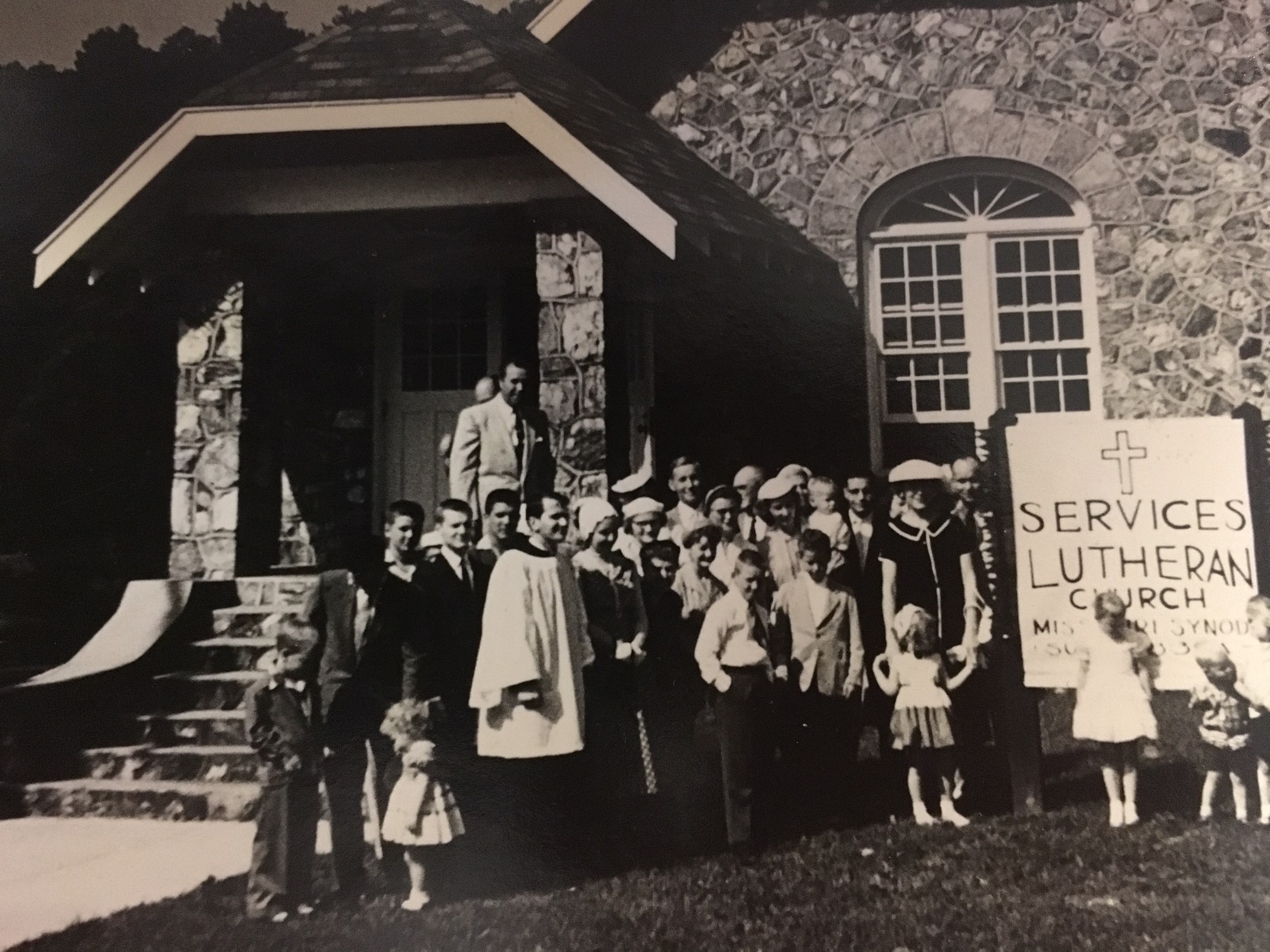 In January of 1957, the members of Mt. Pisgah Lutheran Church petitioned official recognition by the Southeastern District of the LCMS’s Mission Board.  Regular services were being held by Vicar Krogstad, and the congregation desired the help of the Mission Board to continue their development.  The next steps were taken when Mt. Pisgah entered a lease agreement with the Seagle family for the use of St. Mary’s Chapel.  The District Mission Board responded with the approval of a loan of $5,000 to help renovate the worship site. 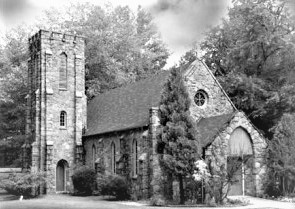 St. Mary’s Chapel served as the spiritual home for Mt. Pisgah Lutheran Church from 1957 to 1985.  Today it is La Capilla de Santa Maria, a Hispanic Mission of the Episcopal Church.

Work began immediately as heating, lighting, and water were installed.  A vestibule and restrooms were added to the structure.  The Lutherans also purchased an organ, pews, and guttering for the chapel.  They also had to put in a road and a parking lot.  Excited by their family’s dreams of St. Mary’s being completed and utilized for the praise of God, the Seagle family provided the Lutherans with an altar, pulpit, and all the ecclesiastical furnishings, such as a pulpit Bible, communion ware, a processional cross, hymn boards, and paraments.  Members also contributed to the needs of the congregation as memorials for their loved ones.

On June 13, 1957, in accordance with the wishes of the Seagle family, Bishop George Henry consecrated St. Mary’s Chapel as an Episcopalian Chapel, even though the Episcopalian Church had no intention of using the structure.  Three weeks later, on July 7, 1957, St. Mary’s Chapel was furnished and sanctified for Lutheran Worship.  But this was not the only thing to celebrate.  On this same day, Mt. Pisgah installed their first resident Pastor: Reverend Walter F. Stock.

Pastor Stock was a large and imposing man, a strict disciplinarian, and a forceful preacher.  He graduated from Concordia Seminary in 1914 and served as a missionary to Northwestern Canada.  For six years he travelled by horseback to preach God’s Word at eight preaching stations, often facing weather of 30 to 50 degrees below zero.  At one point he was frost bitten so badly that his limbs were nearly amputated.  In 1921 he left Canada for the warm, green land of Ashland, Kentucky, where he served at St. Paul’s Lutheran Church for more than twenty years.  During this time, he also served as a chaplain for the local prison.  When WWII broke out, Pastor Stock joined the Red cross and served at ten different bases in Virginia, New York, and Washington DC.

Not long after accepting the call to Mt. Pisgah, Pastor Stock was diagnosed with cancer.  Despite a surgery at a Military Hospital in Washington and several return trips, Pastor Stock sadly retired due to medical reasons.  His final sermon was on May 27, 1962.  The office would remain vacant for five very dark years.  Despite the best efforts of pastors from Asheville and several lay leaders the congregation started to struggle in the absence of a resident pastor.  Membership waned and efforts to meet the needs of the congregation were stifled when funding for the building of classrooms was denied by the District because St. Mary’s Chapel was not owned by the congregation.  The District rejected all requests to fill the vacancy with a candidate, vicar, or interim pastor.  Pastor Draegert from Asheville was wearing thin and pleaded for help from Synod, but his request was misunderstood and for an unknown reason Mt. Pisgah was inadvertently dropped from the list of congregations in the LCMS for two years, which also resulted in an ineligibility to receive a pastor.  Discouraged and nearly defeated the congregation almost disbanded in 1964.  Many families left the church and the Sunday School wend down to zero.

Unexpected help would come in 1967.  A new mission church in Waynesville (west of Asheville), Our Savior Lutheran Church, petitioned assistance from the Southeastern District of the LCMS, and in response the district applied for a graduate from Concordia Seminary to serve in Hendersonville while developing the new mission in Waynesville.  Both congregations were blessed to receive Pastor William Matzat, who was ordained and installed at Emmanuel Lutheran Church on July 30th of that year.  He briefly resided in Hendersonville, but moved to Waynesville within eight months, since he spent much of his evenings establishing the Waynesville church.  Even so, new life was breathed into Mt. Pisgah.

Several new families joined the church, and the Sunday School was restored.  They also built an education building and took an active role in the social ministries of Henderson County.  In the later part of 1971, Pastor Matzat accepted a call to serve a congregation in Gastonia, North Carolina.  Thankfully, shortly afterward a newly retired pastor, Arthur Block, moved to Hendersonville and offered to be their interim pastor.  Having been blessed by calling Pastor Matzat from the seminary, Mt. Pisgah hoping for lightening to strike twice applied to receive another candidate from Concordia Seminary in 1973.  It did not go as planned.

Candidate David Zerbst was assigned and ordained on August 12th.  He was received with great fanfare, but almost immediately divisions arose between Pastor Zerbst and the congregation.  He instituted new forms of worship and other innovations that were uncomfortable and strange to the congregation.  Many unorthodox concepts were popular at the seminary that trained Pastor Zerbst during this time and would also lead to hostility and division within the seminary and within the Synod as a whole, which is commonly referred to as “Seminex”.  Conflicts at Mt. Pisgah between the pastor and the congregation arose, continued, and worsened.  It reached its breaking point on August 1, 1974, only a few days shy of Pastor Zerbst’s one year anniversary, when he announced his resignation.  The congregation granted him a peaceful release, and Pastor Block resumed his work as the interim.

With the resignation of Pastor Zerbst, Mt. Pisgah immediately began the process of calling another pastor.  Many calls were extended, but repeatedly they were rejected.  Pastor Block diligently served the congregation during this time and received assistance from two other retired pastors: Rev. Dr. Carl Spilman and Rev. Theodore Beiderwieden.  In the waning of 1975, after five calls had been refused, a call was issued to Rev. Howard Schoenfeldt of Livingston, New Jersey.  His acceptance was met with great rejoicing and enthusiasm.  Pastor Schoenfeldt was installed on January 11, 1976.

Celebrating the twenty-year anniversary of Mt. Pisgah and under the guidance of Pastor Schoenfeldt, the congregation reached out with evangelism to Hendersonville and the surrounding areas.  They even held services at the drive-in theater that were open to the public.  Their efforts were well received.  But the twentieth anniversary of Mt. Pisgah also meant an end to the lease agreement they had made with the Seagle Estate for the use of St. Mary’s Chapel.  A new agreement was constructed, but this time it was only for five years.  In August of 1977, that a 4.7 acre tract of land on Chimney Rock Road was purchased as a potential future home for Mt. Pisgah Lutheran Church.

In 1979, the congregation of Mt. Pisgah Lutheran Church began planning for their 25th anniversary.  They would also reach a membership of 100 souls by the year’s end.  But their excitement was cut short when Pastor Schoenfeldt shocked everyone with his announcement of decision to retire as  of December 31st.  The people’s sorrow at the news was slightly eased when Pastor Schoenfeldt conscented to serve until the arrival of his successor and the assurance that the Schoenfeldts would continue to reside in Hendersonville after his retirement.

History prepared the congregation for another long search for a pastor, but to their great surprise, this was not the case, as Rev. Martin Luecke, their first call, accepted.  He was installed on March 23, 1980 after a vacancy of only 3 months.  The church choir was also re-organized, and the congregation voted to cease mission status and become self-supporting.

Mt. Pisgah was reaching maturity, and as evidence of this the highlight of 1981’s twenty-fifth anniversary was the burning of the mortgage from the property on Chimney Rock Road that the church purchased four years earlier.  Amidst the excitement of forming a building committee and planning for the future, Mt. Pisgah also celebrated setting a new record attendance of 161 worshipers on July 4, 1982.

The documentation of Mt. Pisgah Lutheran Church's history is currently being updated. 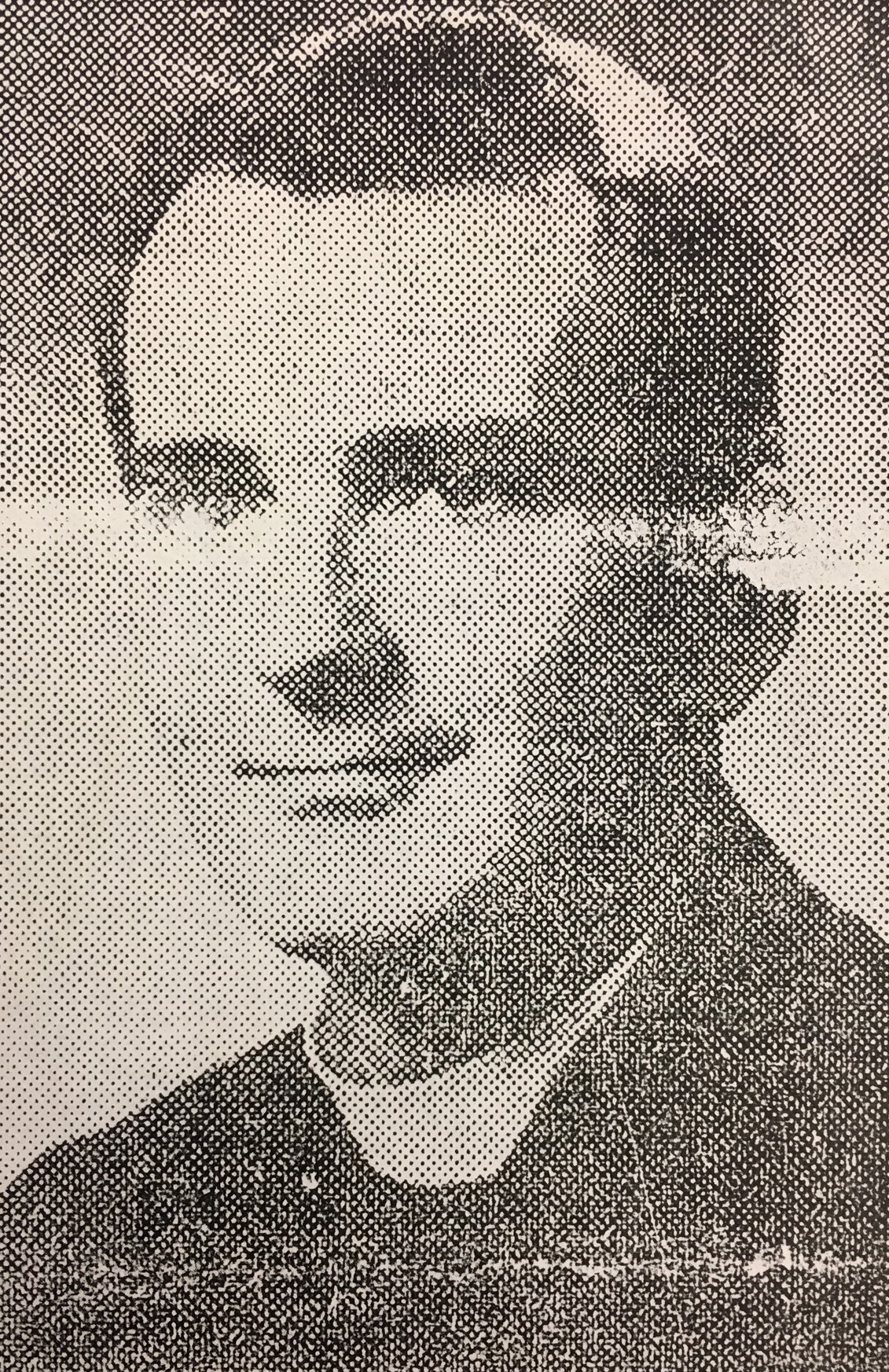 Prior to arriving, Krogstad already earned a master’s degree from Washington University in St. Louis and did graduate study at Harvard.  He also was a veteran of two wars having served with the Army Air Corps in WWII and as field director for the Red Cross with the 25th Division in the Korean conflict. 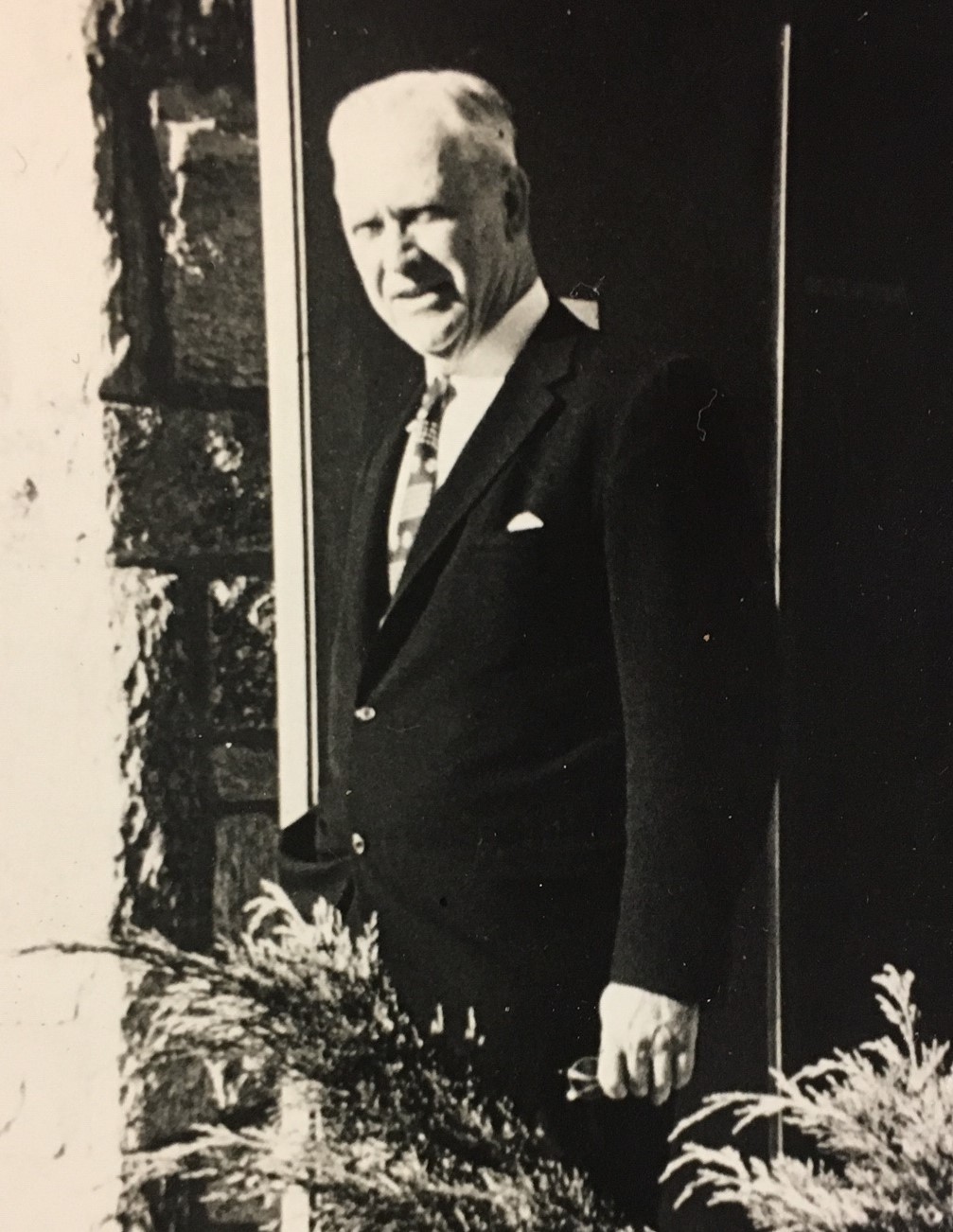 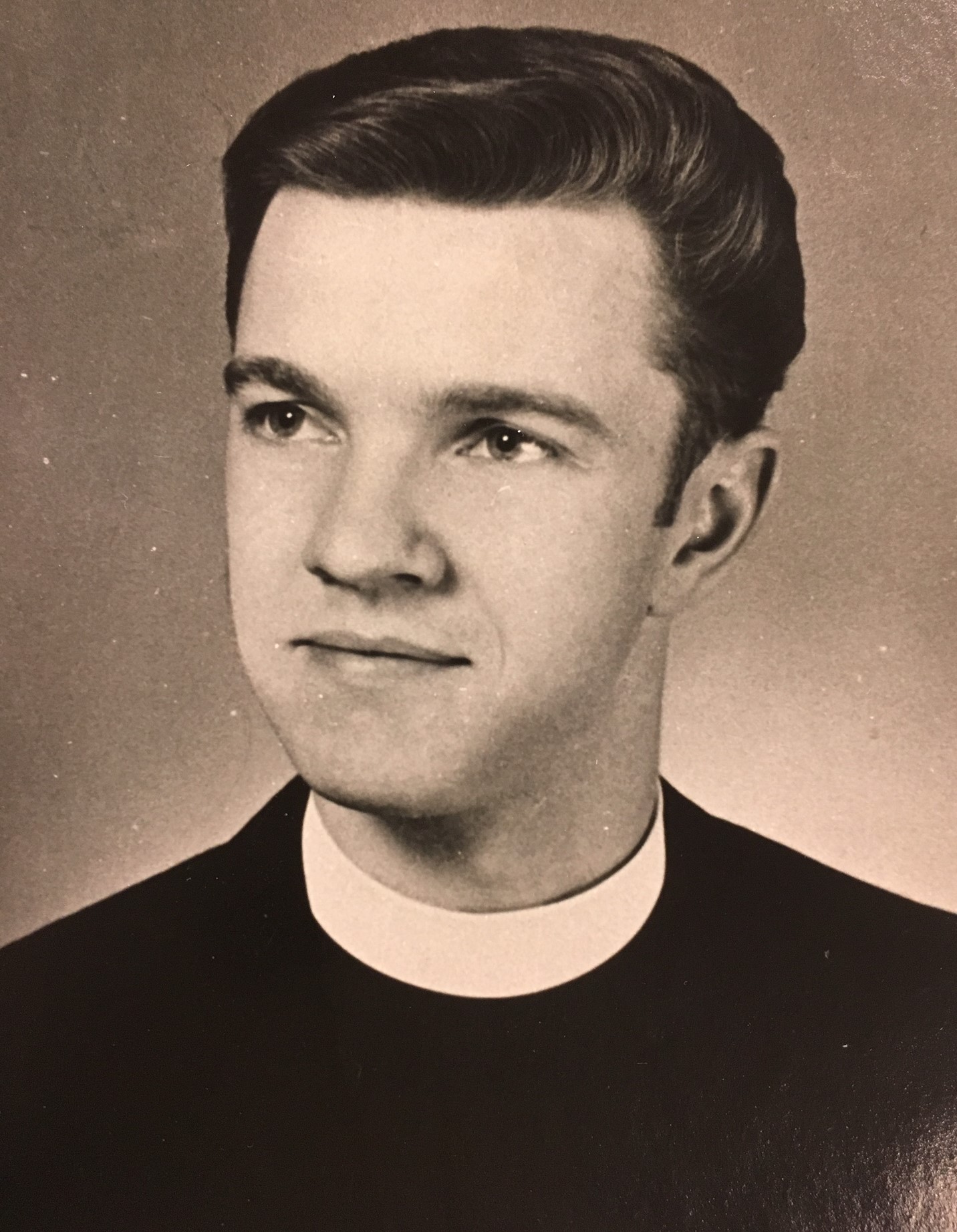 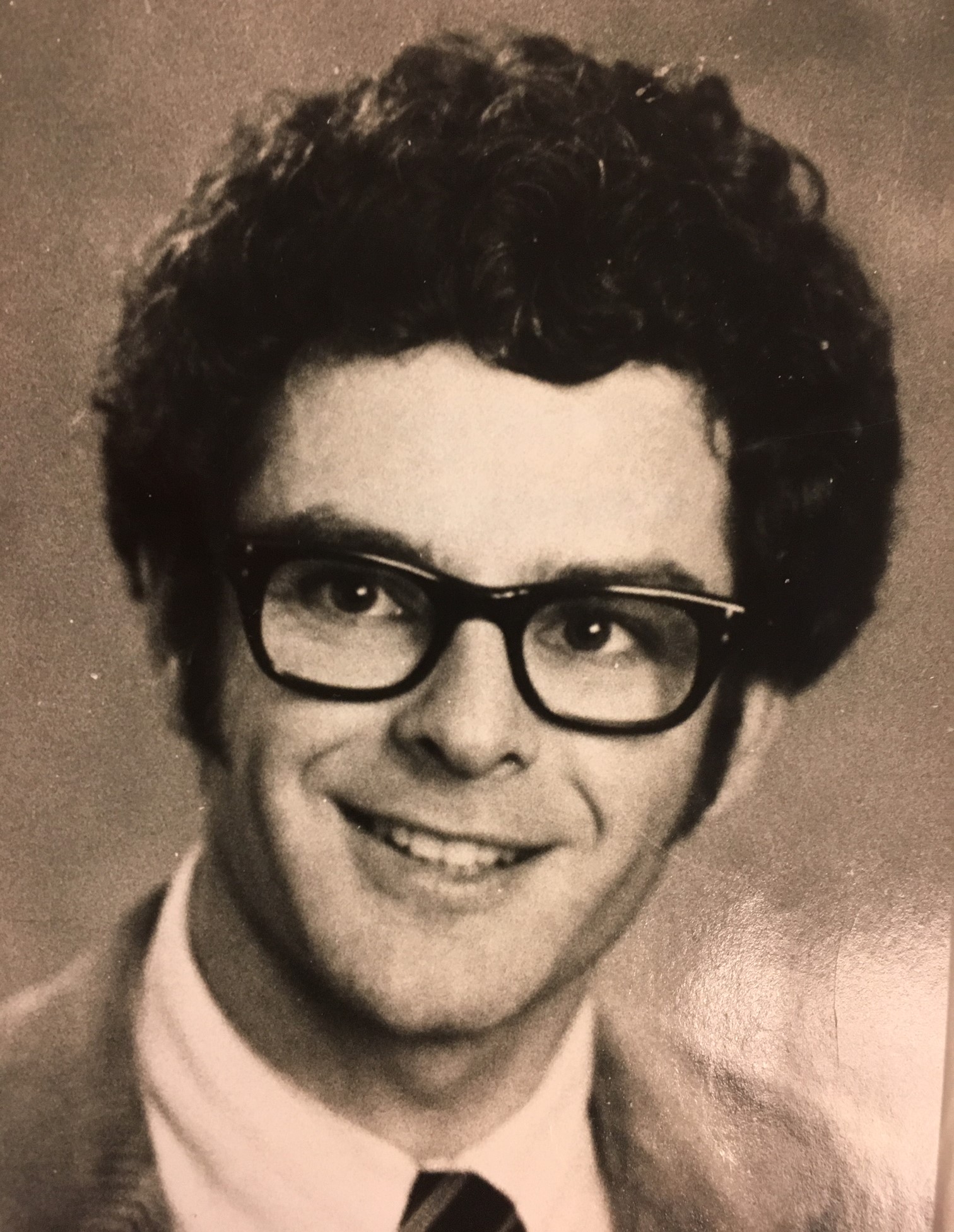 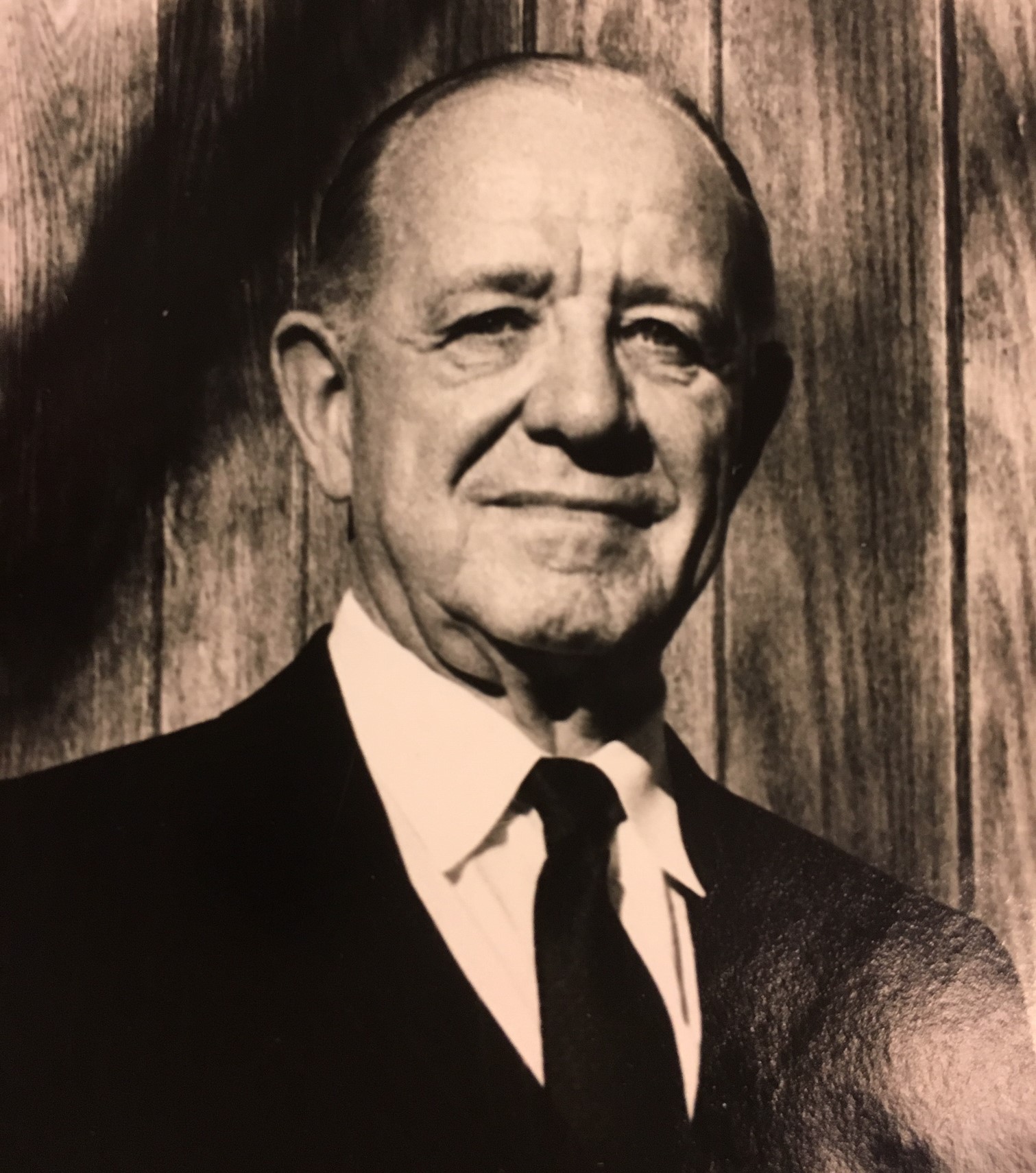 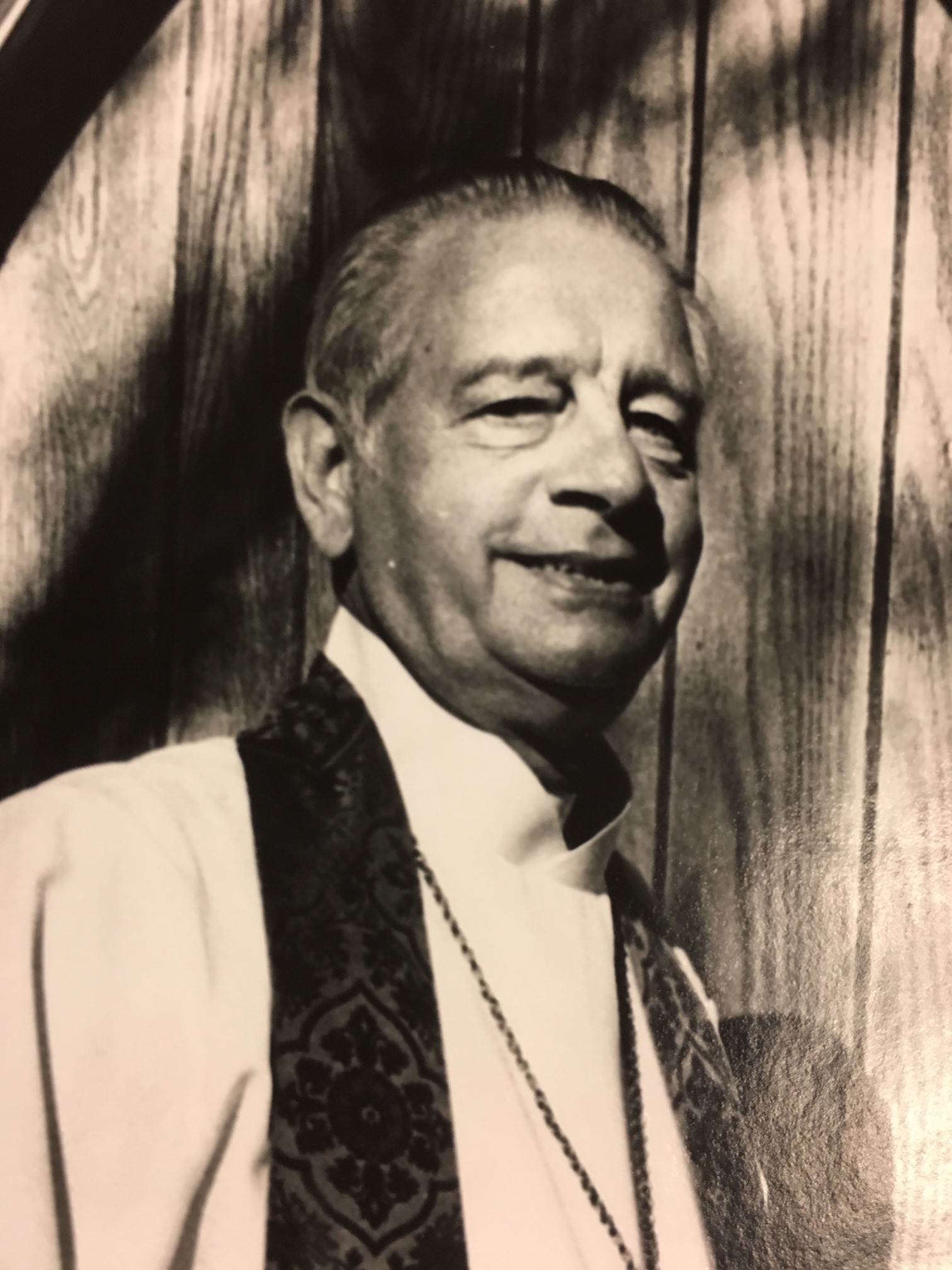 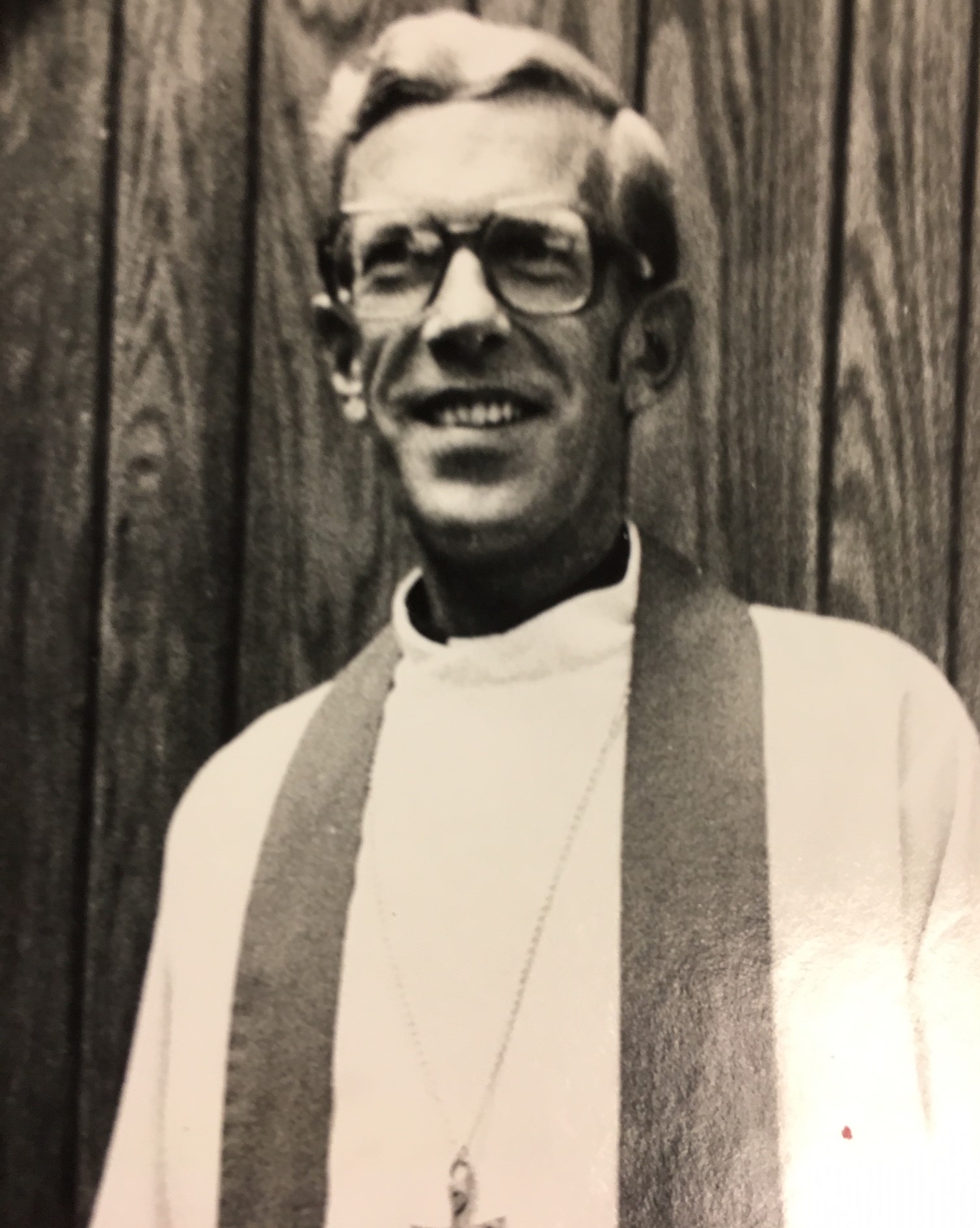 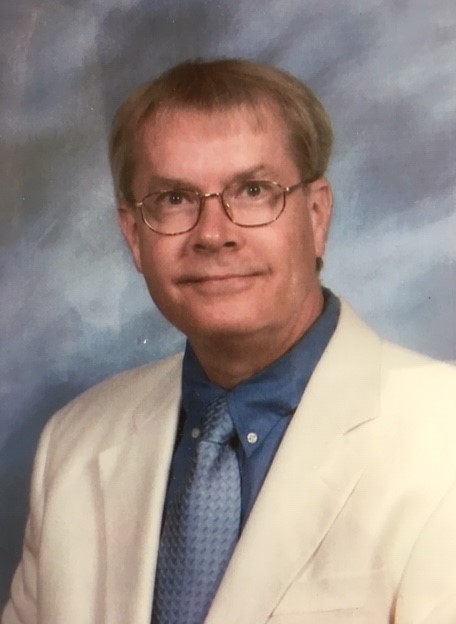 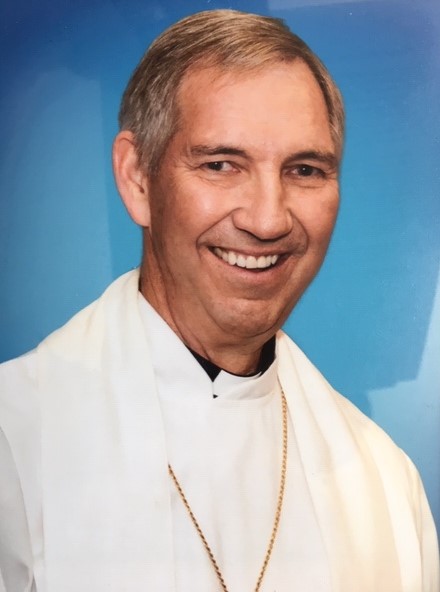